How can we pray for you? Let us know here. 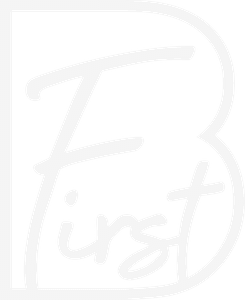 Originally from the great state of Georgia, Adam and Erin along with their 3 kids, Max, Adelaide, and Griffin, now reside in Queens, New York City.  Erin grew up right here in Blairsville and attended First Baptist until she moved away for college. Over 4 years ago,

they moved from Alabama, where Adam served as mission pastor in a local church, to New York City in order to plant a church in one of the most diverse neighborhoods in the U.S.  Queens is coined as “The World’s Borough” because of the immense diversity. It

is a true reflection of the world because of the vast number of languages, cultures, cuisines, and religions represented among the people of Queens. With more than 167 languages spoken, the Jackson Heights neighborhood feels like you are truly in another country

the minute you step off the subway.

The need to reach the many unreached people groups residing in Jackson Heights is mind-boggling to say the least.  Adam and Erin, along with their church planting team, have planted a church that takes into account the cultural and religious background of the

community.  They meet in a Pakistani Muslim restaurant for Sunday worship and have people from India, Nepal, Tibet, Pakistan, Thailand, Colombia, Philippines, the U.S., and a few other countries attending their service.

Jackson Heights Community Church wants to be a church that plants more churches and they are already praying about where God would have them plant the next church.  The Bishops see the church as a picture of what heaven will be like and their desire is that the many unreached peoples of the world would meet the one true God while living life in the Jackson Heights community and perhaps take the gospel back to their native country.   Please pray for God to raise up indigenous leaders within their body who will lead new

congregations for the sake of the gospel.

We want to see our community know God, be more like Him, and go share Him with the world.